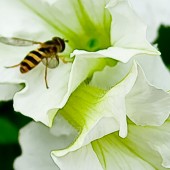 In the first few days after the release of Google Buzz many people (including myself) criticized Google for exposing their users’ private information.  This was a couple of weeks after Apple got a lot flak for their unfortunately-named iPad, and the same week that we heard reports of a woman who broke up with her boyfriend after finding some suggestive text messages on his cell phone - messages that came pre-loaded on the phone.  I think that all these cases were not caused by a lack testing, but by testing the wrong audience.  Let’s examine these three cases and see what we can learn from them:

Almost immediately after Google started rolling out Buzz to its Gmail clients various blogs reported that there was an egregious flaw in the system that exposed people’s private contacts to the rest of the world.  When a Gmail user logged in, they were presented with a dialog box that asked them if they wanted an introduction to Buzz or not.  If the user declined, it didn’t mean that Buzz was disabled - it only meant that they didn’t want the intro.  What Google did behind the scenes was that they scanned the user’s emails and collected the emails of the people with whom the user corresponded most often. Then, it automatically modified the user’s Gmail account to ‘follow’ those people in Buzz.

Now pretend you’re a reporter who’s communicating with dissidents in Myanmar or Iran.  Would you want your heretofore anonymous sources made public?  In one reported case, a woman’s most frequent contacts were her boyfriend and her mother.  Her third- most-frequent contact (with a lot fewer emails) was her abusive ex-husband, from whom she had kept her email address hidden.  But what Google did when they released Buzz is automatically have her follow her ex, and share her shared Google Reader messages, including her location and workplace with her ex.

In the minutes after Apple’s Steve Jobs announced the new mobile appliance’s name, people started making very funny, original and sometimes vulgar jokes about the name iPad.  I could post them here, but the jokes are old by now.

According to this article, a 49 year old man from Winnipeg can no longer have a relationship with the woman he loved because she accused him of cheating on him.  Her proof?  Sexy text messages on his cell phones.  He denied the affair, but couldn’t explain how they got there.  Only later did he learn that the messages were pre-loaded by Virgin Mobile.

What Do These Cases Have in Common?

As an outsider it appears to me that in each of the three cases the problem was that the population for whom the system was designed wasn’t necessarily the only population actually using the system.  Let’s look at the Google Buzz case.  If we claim that Google is neither evil nor stupid, what went wrong?  I think there were several assumptions that the Google developers and designers made that were incorrect.

Buzz seemed to have be designed for people who collaborate together in tightly knit groups.  The assumption is that people who want to share information with each other communicate a lot with each other.  In real life that isn’t always true, and neither is the converse.  In many cases the people that I want to share the most with are people with whom I have so many channels of communication (including the dinner table) that any single channel like email contains a fraction of the actual communication taking place.  Similarly, as in the case of the lady who was hiding her online identity from her ex, the people we communicate with aren’t always the people we want to share information with.  If Google’s designers approached their product with that bias, they could have made (and did make) a technically excellent product that worked as they intended, and whose test cases passed, but which did exactly the wrong thing.

I think that that’s essentially the core problem with the issue of the publication of private photos and email addresses.  The joke in the blogs was that Buzz was designed for an people like engineers at Google, not for people who go to parties and take pictures that they would regret the next morning (and I know they’re not mutually exclusive groups).  Unlike in the business world and the networks of sites like LinkedIn, people sometimes guard their email addresses jealously and do not want them published without their authorization.

I am certain Google tested their application thoroughly.  They’ve been known to do extensive usability tests for the seemingly tiniest of changes to their web site.  But even the most well-implemented tests are incomplete if they’re not performed on a statistically representative sample of the audience.

The same can be said for Apple and Virgin Mobile.  On of the most insightful questions asked after the iPad announcement was, “Did Apple not have any women on the product naming committee?”  Did Virgin Mobile think that their only consumers would be teenagers who would find the default text messages cute and funny and have the technical expertise to realize that these messages were pre-loaded?  While Apple seemed to have failed to consider about half of the human race while naming their product, Virgin failed to consider the less savvy part of the population who are their customers.

What I don’t know is this: Let’s assume I’m wrong, and that in all three cases a statistically-representative portion of the population was tested or considered.  If that’s true, then could these three cases be considered edge conditions?  While a problem could exist in theory could the actual problems be so few that they’re statistically insignificant?  If you’re the person whose lost a relationship or now have to worry about being stalked by an ex it doesn’t really matter.  It’s affected your life in a significant way.

What Can Software Developers Learn From This?

I don’t think anyone or any company (not even Google) can make the perfect application that pleases everyone.  But I think that there are a few rules of thumb that we should follow, to prevent embarrassing and distressing problems.

First: Applications like these should not take action on behalf of the user. The system should assume that the user always knows what’s best for them.  The most the program should do is make suggestions that the user can then decide to obey or ignore.  This is exactly what Google did (among other things) to change Buzz after the huge public outcry.

Second: Features, no matter how well-intentioned, no should never be opt-out. They should always be opt-in.  Buzz was essentially an opt-out system.  You could be vulnerable by not doing anything. It isn’t that way now, but it was for those two days when Google’s reputation took a massive hit.

Third: Designers and service providers need to pay careful attention to who their users actually are.  They’re not necessarily men, not necessarily tech- savvy teens or professionals looking to increase their network.  They could include people very different from us.

As developers and designers we need to realize that the products we make will be used in manners that we never imagined, by people who we don’t understand. If we give our customers the ability to control how our products and services are used, we’ll be helping them and thus helping ourselves.