The Joy of Hack
About Me
Blog
Categories
Tags 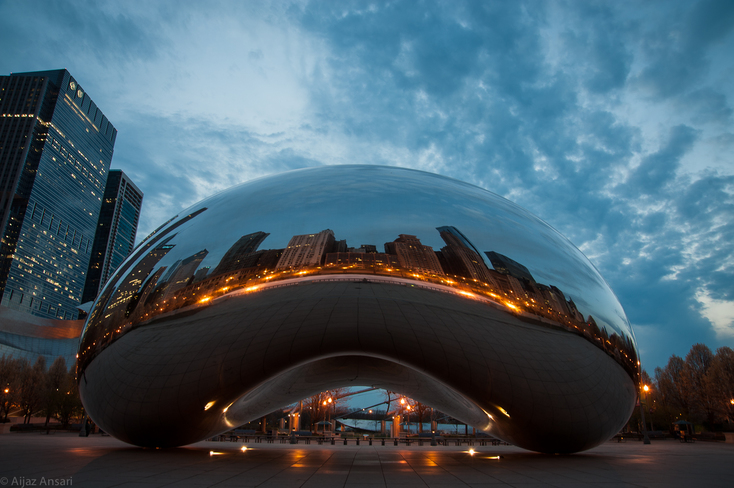 “Cloud Gate” - fondly known as The Bean. Millennium Park, Chicago. Looking East, half an hour before a sunrise that was hidden behind clouds. We originally wanted to get a picture of the sun rising under the bean, between the two trees (happens on the equinoxes (equinii?)) but the clouds prevented that and gave us a better shot, instead.