Happy with my experience with a custom WordPress installation for this blog, I decided to try using the blogging platform for the TaskForest website.  The two main reasons were the ease of creating RSS feeds and the ability for users to comment on posts or articles.  After a few days of tinkering around, I’ve come to the conclusion that, at least for TaskForest, WordPress would cause more problems than it would solve. Here’s how I came to that conclusion:

Setting up a Sandbox Domain

The first step in trying out WordPress was to set up a new domain just for testing out the WordPress installation.  This way, I wouldn’t affect the taskforest.aijaz.net domain during my experiments.  I happen to run my own name servers using Daniel Bernstein’s tinydns, so I decided to create a new domain called tf.enoor.com, a subdomain of my defunct company’s domain.  Since I use bluehost.com’s WordPress hosting service, I had to make their name servers responsible for the domain.  All that’s needed is adding the following two lines to /etc/tinydns/root/data:

After setting up WordPress, the next step was to select a theme.  I wanted something similar to TaskForest’s current design, so I chose the remarkably customizable Suffusion theme. After some tinkering I was able to get a site that was quite similar to the original, with one compromise - I could get either the logo or the site’s name in the header, but not both.  Not the way they are on the current site.  It’s quite important that the site’s name appear in the header, because that helps with Search Engine Ranking.  So with a heavy heart I decided to omit the logo.

TaskForest ships with its own web server to support REST interface.  As part of the included website is all the documentation for the system. Just like the code, this documentation is under source control, and it’s also used to populate the taskforest.aijaz.net website.  This way, I can ensure that both the taskforest.aijaz.net website and a user’s local install have the most up-to-date docs, as long as the user is running the latest version of the software.  What this also means is that I have a few dozen webpages that need to be transfered to WordPress before the new site can go live.  I was already resigned to the fact that the URLs of these pages would be different - the current site has URLs that look like http://www.taskforest.aijaz.net/about.html, but the default WordPress installation would use URLs that look like http://www.taskforest.aijaz.net/about/.  It’s not a huge deal, but I prefer my way.

The bigger issue is that when a new version of the software is released, the pages change.  The current build process ensures that the client website and the taskforest.aijaz.net website stay in sync.  Now if I use WordPress, I don’t want to manually edit the pages using the WP admin site.  I need to install a new plugin that handles inclusion of files.  So, I installed the WP Include plugin.  I’d have to change my build process, but I could get it to work.

Putting It All Together

Okay, so I got the themes and plugins installed, and I’ve got the process worked out.  It was then time to try a proof of concept with a single page. It worked just as expected, but the site seemed very sluggish.  I made sure I didn’t have anything enabled that I didn’t need.  Still, the site was noticeably slower than the existing site, and that’s with only one non-blank page and zero blog posts.  I thought that maybe the problem was that the bluehost.com shared server was too slow.  I just happened to have an unused server in the same data center that hosts taskforest.aijaz.net.  The same kind of server as well. It took the better part of the morning, but I installed PHP, mysql and WordPress on that server.  In installed PHP as a static module within Apache, for optimal performance.  Even then, on a pristine machine running nothing else, it was slow.

How Slow is Slow?

Anyone who knows me knows that I’m an Engineer, and as an Engineer I like metrics.  I wanted to know that it wasn’t just my own bias that was penalizing WordPress over my established way of doing things.  So, I looked at the Safari web browser on the Mac.  Safari has a really useful feature called the Web Inspector that, among other things, displays the amount of time it takes for different parts of a page to load.  The numbers were very surprising.  With WordPress, a new page would take 1.75 seconds to load - an eternity on a high-speed broadband connection.  A subsequent request of the same page would take about 700ms. Switching to the TaskForest website’s strategy would take about 800ms for a new page, and 275ms for a cached page.  That’s more than a 20*0%* increase in speed!  The TaskForest website used a preprocessor that allowed for including header files.  It ran under mod_perl. I decided to write a spider that crawled the website and convert everything to static pages, and serve those pages without mod_perl.  With this enhancement, the results were even better.  I saw a 400% to 800% speed increase, with cached pages taking just 140ms to load.

One of the reasons WordPress’s numbers were so poor is that if articles like this one are still correct, WordPerfect does not cache the content of pages by default.  Resources within the HTML page, like images or javascript files seem to be cached, but every page still does upto 120 database accesses depending on the setup.  Apache is a lot better at caching requests for static HTML pages.  Even the TaskForest webserver used for the REST API, caches data very intelligently using the HTTP headers.

What Does This All Mean?

Given the amount of compromises I would have to make in the design, layout and build process, switching to WordPress would have been very painful.  However, with the performance hit the site would be taking, it seems unlikely that I’ll switch to WP any for the TaskForest website any time soon.  I think I’d rather write a script to generate RSS feeds on demand and automatically submit the feed to feed notification sites like pingomatic. I think this was a great learning experience that will help me with similar decisions in the future. And I also got to write a cool spider and increase the speed of the TaskForest web site. 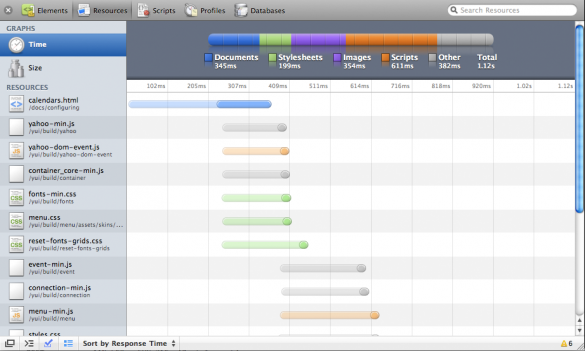