Fourteen days in India. Traveling with a tripod. Used it for only one shot. Totally worth it.

I took the tripod with me on that whirlwind trip to Bombay, Bangalore, Mysore and Hyderabad. I had a feeling I might get the opportunity for an HDR shot. During an unplanned second trip to Mysore to view the Mysore Palace I got my chance.

The crowds were thinner than those of the previous day. I set up my tripod and put the camera on full auto and took a picture. The camera suggested 1/125 of a second at f/22. That’s the image below. I couldn’t see the hall beyond the arches at all: they were hidden in shadow. 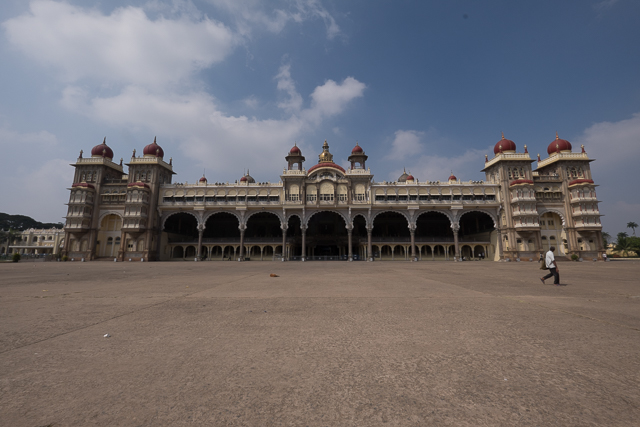 The exposure that the camera suggested 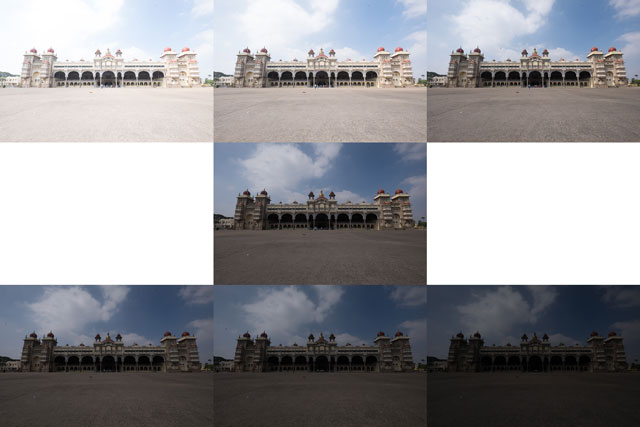 Using Photomatix I was able to merge them (tastefully, I think) into a single HDR image. I had to do some perspective correction to negate the effect of the wide-angle lens, as well as some sharpening of the raw data. I cropped the image as well, to make the aspect ratio more appealing to me. The final image is shown below. 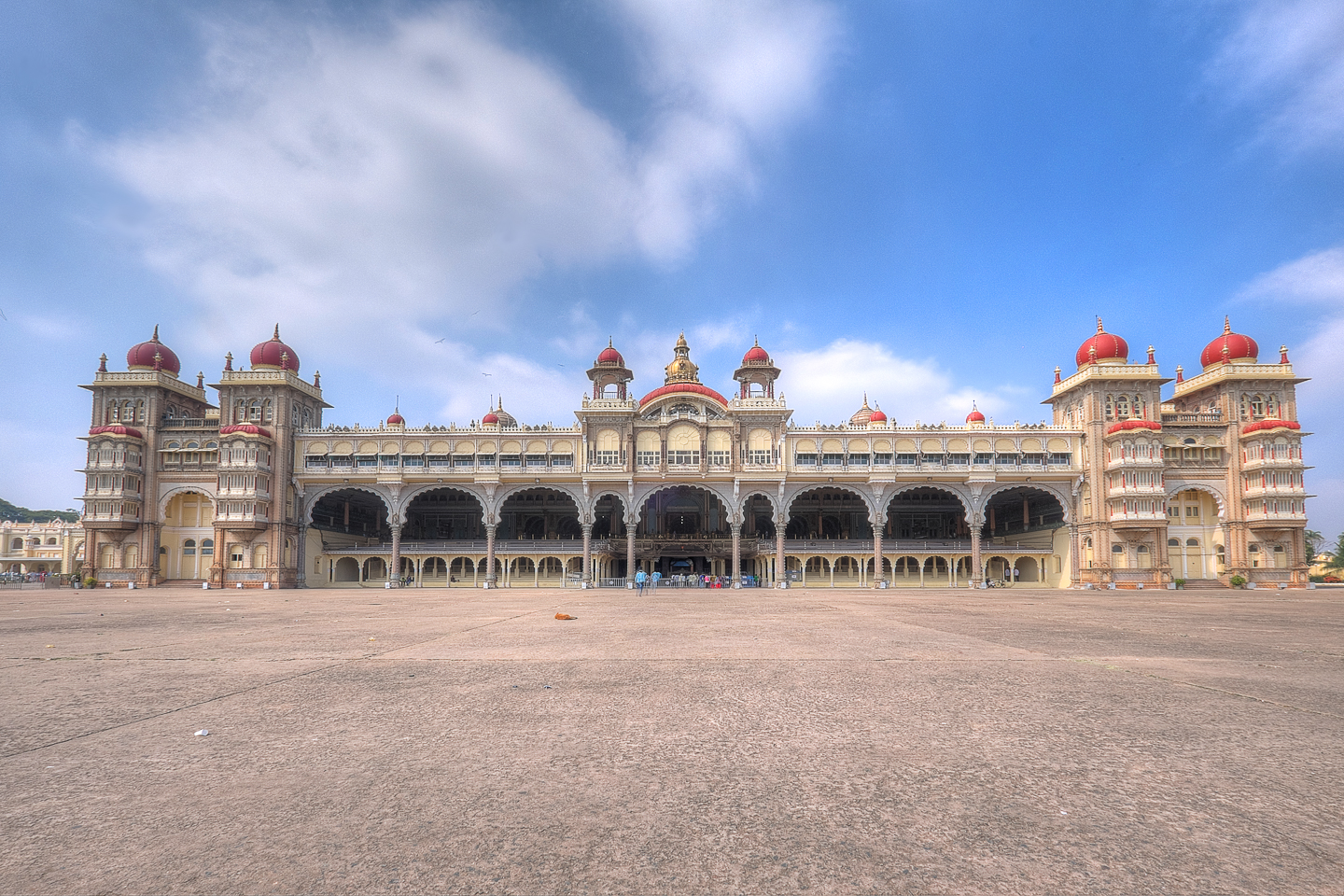 I am very happy with this picture. It reminds me of the scene as my eyes saw it. I can see the halls as well as the details of the clouds. This one picture made hauling that tripod across 4 cities worth it.