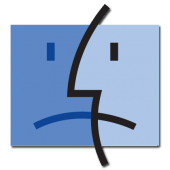 Last night my Macbook Pro would not wake up from sleep. After jiggling the mouse and hitting the space bar a few times I powered it down. I powered it back up, and I could hear it booting up, and could feel the hard disk move, but there was nothing on the screen. After a little Googling I suspected the video driver was dead.

So, I went to the Apple web site and set up an appointment with a ‘Mac Genius’ for 9:20 this morning (I had the day off). He made sure it wasn’t corrupted RAM and confirmed that the NVIDIA driver was faulty. There have been some issues with this nvidia drivers on this model of MacBookPro. My warranty had expired about 15 months ago, but since this is a known issue, they said they’d replace it for free. However, I would have to leave my laptop behind and they would ship it to the repair center. Now, I’m leaving the country with my brother, and was planning on using the laptop to work on his restaurant’s web site and menu.

Then, I made sure I booted off the new hard drive, logged in as aijaz2, attached my Time Machine external drive to the iMac as well and ran ‘Migration Assistant.’ One of the options is to migrate from another drive or from a Time Machine backup. I chose that option and was presented with two options - migrate from the internal hard drive or from my Time Machine Backup. I chose the latter, and about 90 minutes later had restored the my entire laptop on this external hard drive.

The reason for all this is that I don’t think my MacBook Pro will be ready before I leave. I’m gonna use my brother’s laptop instead. All I need to do is attach the new Lacie hard drive to his MacBook Pro, boot off the external drive and voila! I’m good to go.

I writing this up so that it might help someone else if they’re faced with the same problem.

To sum up: a) I really like Apple’s service, and this is the third time I have taken my MacBook to them and have had them rescue it for free - after the warranty expired. Once it was a faulty battery, once it was me messing up the system files, and now a video driver issue.

b) (and this really important) Back up your files. You don’t have to use Time Machine. You could use the Finder, rsync, scp, or any 3rd party service. I like Time Machine because it’s simple and ‘always on.’ And I have been a system and network administrator. There is no shame in liking ‘simple’ :)